A Quarter Century of War

Beginning with the first Persian Gulf conflict of 1990–91, the United States has been at war continuously for a quarter century. While using propaganda catchphrases, such as “defense of human rights” and “War on Terror,” to conceal the real aims of its interventions in the Middle East, Central Asia, and Africa, as well as its confrontation with Russia and China, the United States has been engaged in a struggle for global hegemony.
The essays and lectures in this volume, informed by a Marxist understanding of the contradictions of American and world imperialism, analyze the progression of military interventions and geopolitical crises as they have developed over the past quarter century, not as a sequence of isolated episodes, but as moments in the unfolding of an interconnected historical process. 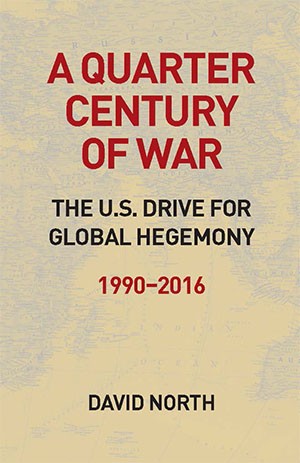 You're viewing: A Quarter Century of War £19.99
Add to basket