In the annals of political literature, few works have withstood the test of time so well as Leon Trotsky’s The Revolution Betrayed. More than 70 years after its initial publication, its analysis of the structure and dynamics of Soviet society and of the Soviet Union remains unsurpassed.

The events of the early 1990s provide an objective means of comparing the scientific value of Trotsky’s masterpiece of Marxist analysis to the conformist and pedestrian works of innumerable stipend-laden academics and prize-winning journalists. Who among them predicted – even after the accession of Gorbachev to power – that the Soviet government would reject the principle of central planning, repeal all restrictions on private ownership of the means of production, proclaim the market to be the highest achievement of civilization, and seek the complete integration of the USSR into the economic and political structure of world capitalism?

As far back as 1936, writing as an isolated political exile in Norway, Leon Trotsky warned that the policies of the Stalinist regime, far from having assured the triumph of socialism in the USSR, were actually preparing the ground for the restoration of capitalism.

Revision of the original 1937 English translation. 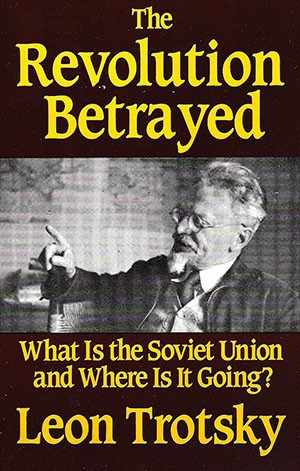