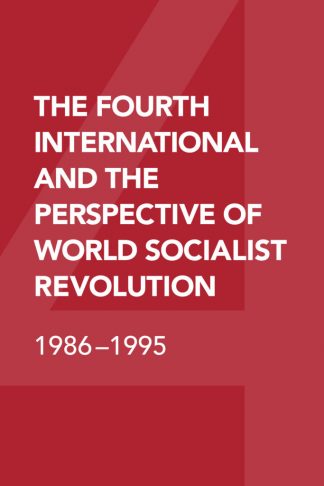 Buy Was There an Alternative? together with The Fourth International and the Perspective of World Socialist Revolution and receive a 20 percent discount.

The Fourth International and the Perspective of World Socialist Revolution

The 1985-86 split with the British Workers Revolutionary Party initiated a rich period in the history of Trotskyism, marked by intense theoretical work, the elaboration of a world perspective based upon the principles of permanent revolution and internationalism foreshadowing the dissolution of the Stalinist regimes. The period examined in the lectures contained in this book facilitated the launch of the World Socialist Web Site and the turn to the working class, in preparation for the political struggles shaking the world today.

With the 1985-86 split, the Trotskyists in the ICFI were able to decisively defeat the post-war Pabloite opportunist tendencies and launch a rebirth of Marxist culture. Using internal and published party documents, this volume, which includes much source material, shows how political perspective and program are developed in a Marxist-Trotskyist party.

The complex issues facing the ICFI after the 1985-86 split included a scientific historical analysis of the globalization of production; the corporatist development of the trade unions; the opportunism of the bourgeois nationalist movements; the policies of perestroika and glasnost and the re-establishment of capitalism in the former Soviet states; the explosive growth of Chinese capitalism after the bloody events of Tiananmen Square; and the expanding militarism of the United States.

Appendices include the 1988 Perspective Resolution of the ICFI, and other works cited in the lectures. 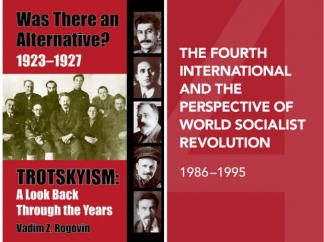