View basket “The New York Times’ 1619 Project and the Racialist Falsification of History” has been added to your basket.

Tsar to Lenin, first released in 1937, ranks among the twentieth century’s greatest film documentaries. It presents an extraordinary cinematic account of the Russian Revolution—from the mass uprising which overthrew the centuries-old Tsarist regime in February 1917, to the Bolshevik-led insurrection eight months later that established the first socialist workers’ state, and the final victory in 1921 of the new Soviet regime over counter-revolutionary forces after a three-year-long civil war. (NTSC format) 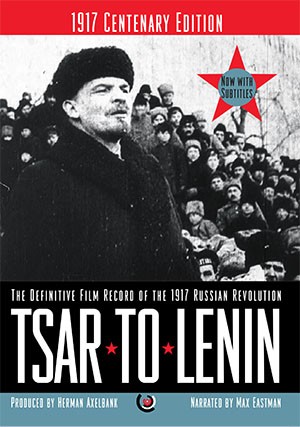